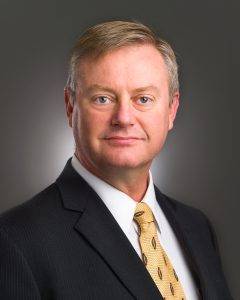 Congratulations to Director of Risk Management Rocky Palmer on his 11 years of service as he steps down from his role on December 31, 2021. He will continue to support the Wright Service Corp. family of companies as a consultant.

Rocky started his career with Wright Service Corp. in 2009 as the Risk Manager prior to becoming director in October 2019. During his tenure, he has created an environment of risk awareness and continues to promote our value of safety to our employees and clients.

Rocky added, “The company has come a long way and our safety culture has improved considerably. I’m confident that the company will continue to thrive because we have an extremely capable and impressive leadership team.”

What’s next for Rocky? He plans on camping and going on dinosaur digs with his three grandchildren in the summers. He’s looking forward to hitting the road with his wife Carey in their camper and traveling west to Oregon, Washington and Alaska. His world travels won’t stop there as he’s planning on venturing to Czech Republic, Slovakia, Austria, Hungary, Greece and Australia in the near future.

Let’s all extend our best wishes to Rocky and thank him for his years of service with the Wright Service Corp. family of companies.